Being A Great Boss – A How-To Guide for Everyone

I worked both as an employee and employer. Today, I am a boss in a new management framework, which – in my opinion – is the project management framework of the future. When I was in charge early on, I made several mistakes, but today I am not afraid to admit it. After many years of managing teams, I know that being the boss takes – first of all – great courage, whereas being a good boss requires a constant unbiased review of one’s actions and lots of effort.

I have recently received many letters from people, who were describing the situation in the hotel industry from the employees’ perspective. I read multiple stories and I concluded that there is a lack of … good bosses. That is why I decided to describe my personal story and share my experience on the path towards being a great boss.

Being a woman in charge – my story

I didn’t want to become CEO, because I didn’t feel ready for it. However, under pressure and contrary to my feelings and intuition, I took the position.

What kind of boss was I? At first, way below average. I realised this only after some time.

What were my mistakes?

I was too much of a perfectionist, too on edge and I expected everyone to be perfect.

The reason for this was that I was not ready emotionally and I had no idea how to lead a team in practice. My head was filled with theories from my studies in strategic management and best practices from top companies from my MBA. By the way – none of of those “top” companies exist today anymore.

As the boss, I completed the entire journey from the early power-rush and being a female-revolver, to the moment when I wanted to get rid of the entire team.

One day it struck me that I am unable to execute tasks and instead of clearly communicating what should be done by whom and by when, I allowed everyone to leave the office at end of business on the dot, and all the work fell onto my shoulders.

Employees came to my office to say goodbye and left their uncompleted work on my desk. As a result, I stayed after hours all the time, desperately trying to take care of all unfinished business.

This was a break-through moment and the most valuable lesson of them all.

I started to look for the answer.

I recalled the times when I worked with the world’s best boss – an amazing woman – Mrs Corinne Sharp. The three years we spent working together really shaped me professionally.

I also remembered how she always kept her son in mind. Whenever she came to Warsaw, she bought a small gift for him. When she came to visit us at our home, she always noticed the child and talked to them – she asked what they are interested in and brought them the perfect gift next time round.

This was the solution to my problem! Corinne paid attention and listened, she was open and interested in people. She created an environment in which I was not afraid to ask about anything. She always analysed my ideas with great interest. And at the time, she was about 60 years old.

So – coming back – the situation where I had to finish work started by my employees, was incredibly valuable, as bitter as it was. I understood that it is people that make a company.

Hence, I decided to focus on my strengths – my intuition, being friendly towards people, giving them a personal touch and acting in accordance with a rigid personal-beliefs system developed at home and at school.

At the time, I also looked for ideas in books, but this time with my new experience. I finally understood the essence of management and building effective teams, i.e. delegating tasks, enforcing them, making corrections and constantly improving one’s communication skills.

I also drew conclusions from my actions. Here are some of them:

I worked long and hard to develop myself and thus I was reborn as a new boss and a leader in one person.

What kind of boss am I today?

Today I am a boss for people, whom I hire for specific tasks – depending on the goal. This is the most difficult form of management, because there is no vertical structure. For me this is the perfect formula for creating value, co-operation and development. As a boss for over 15 people, I challenge my competences, because none of these people are required to work with me. This has turned out to be an effective method, as these people have been working with me for over 10 years. I will write more about this one day, because I believe that this is a future trend in innovative development for companies.

But to generate this effect, I had to do a hell of a lot of work.

Was it worth it?

It happened some time ago while we were recruiting. Tom – the head of the technical department – took part in it. It was him that ended up hiring Wojtek.

As the CEO, I was not fully sold on his choice, but since they were going to work together every day, I decided to go with Tom on this one.

My reservations stemmed from the fact that Wojtek was the kind of person who had no filters when speaking – he was very frank, perhaps overly so. Meanwhile, while I was his age, I was up-tight and overly so – we were on opposite ends of the spectrum.

It turned out that Wojtek brought a lot of joy and levity into our team. Today, I am very proud of him, because I developed him and it was worth investing time into him. Today, he has fully spread his wings and for many years now he has been working at one of the largest companies on the market in his field.

Some time after we worked together, I wanted to call him regarding some business.

Wojtek answered the phone with: “How great to hear from you, boss!”

I told him not to be silly, because I haven’t been his boss for many years now.

That’s when he told me that “I will always be his beloved boss”.

Recently, I called him again to ask whether I could write about him on my blog; he didn’t even ask what the text was going to be about.

We did, however, make some progress, because this time he replied with “Certaintly, Mrs Violetta”.

Stories like this one, make being a great boss worth all the effort.

So, what exactly then should one do to be a good boss?

As one of my favourite sayings goes: mountains may never connect, but people always will. This thought is my source of inspiration.

PS For all Polish-speaking people looking for inspiration on how to be a good boss, and  a good person as such, I strongly recommend the book “Trzeba czasem zażartować. Alfabet księdza Bonieckiego”. It is an absolute must-read! 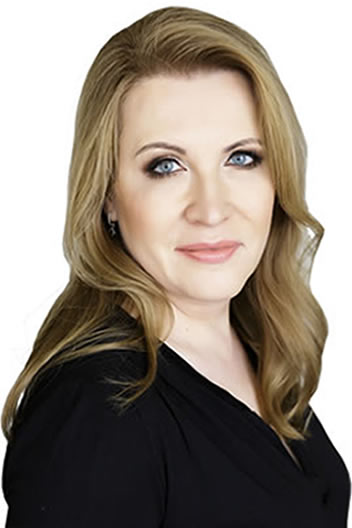